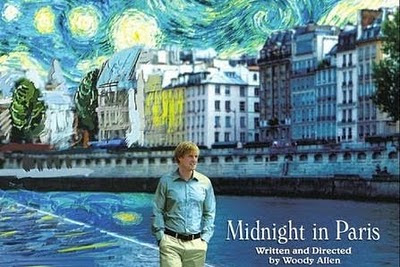 Please do yourself a favor and watch Woody Allen's "Midnight in Paris." The scenery will make you want to sell everything you own and spend the rest of your days strolling along the Seine eating macarons.
The acting is phenomenal and the story is so creative it will make you wish you had thought of it.
And the costumes. Goodness, one could create an entire lookbook purely from the gorgeous clothes found in this film. Here are a few of my favorites: 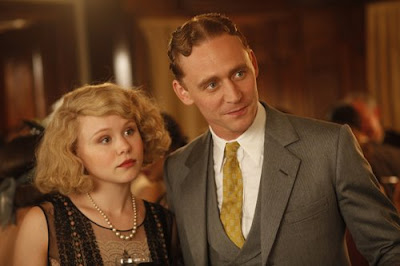 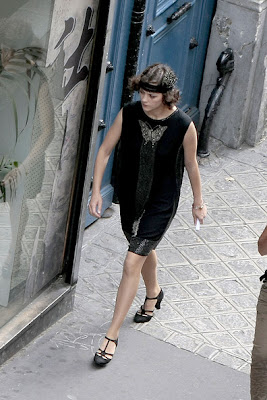 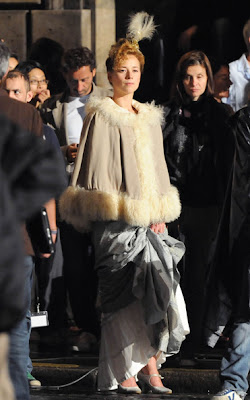 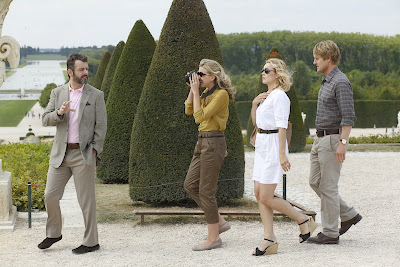 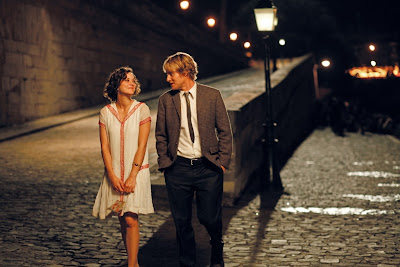 Thanks.
Posted by Lucy and Lloyd at 6:59 PM No comments: 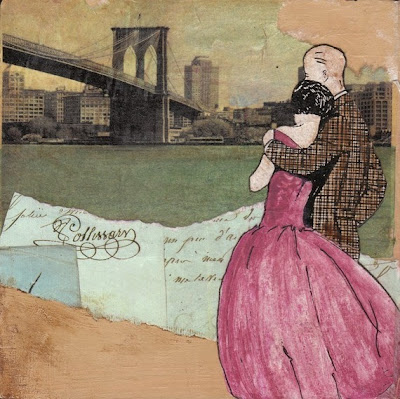 As some of you may know, the Brooklyn Bridge holds a special place in my heart. I was looking for some original artwork to put up in our home, so of course I turned to Etsy, which has never let me down.
A quick search using "Brooklyn Bridge" turned up many items, but Shyama's art stood out to me.
I love the vintage feel and the sweet sentiments of her prints. They are mounted on a two inch thick wood block and are a "combination of collage, painting and transfer techniques."
Check out her Etsy site if you have a spare moment. But be warned, you may end up with a print of your own! 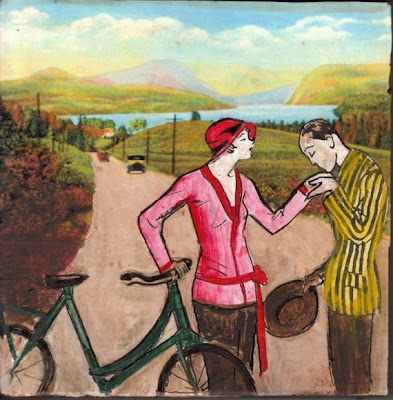 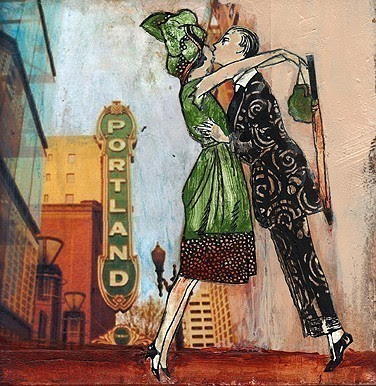 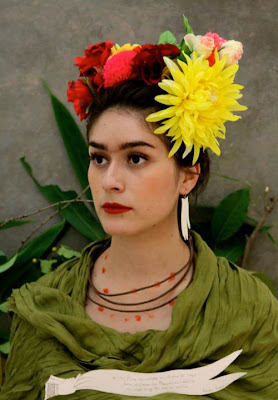 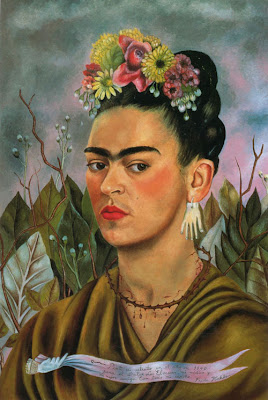 Nate and I spent the better part of an hour looking through these amazing photos. Basically, a bunch of art students were given an assignment to design and photograph their own interpretations of famous and not as well-known works of art. Some of these are simply awe-inspiring.
We decided that we are going to do our own artistic interpretation of a famous work of art. If we can find a painting of a gap-toothed toddler leaving a trail of wreckage with his frazzled parents trying to clean up his messes behind him, then we are in business. 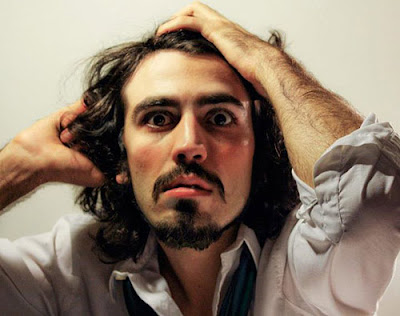 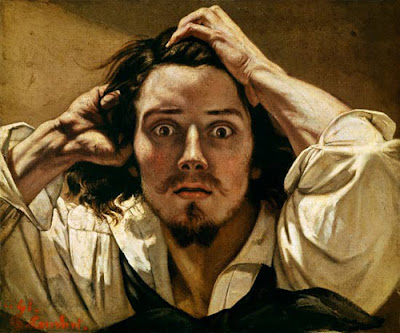 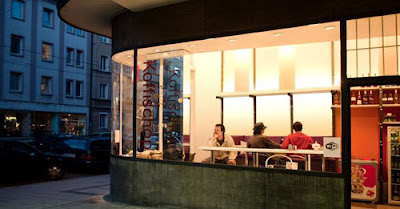 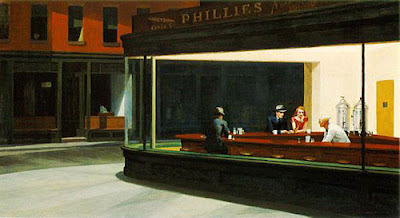 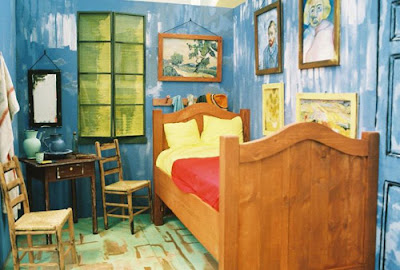 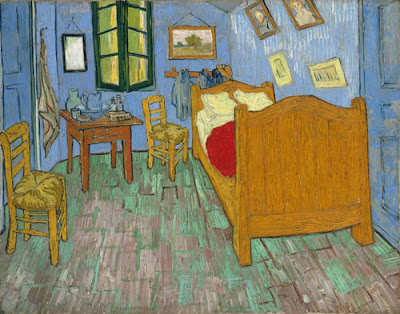 Thanks to Booooooom and A Cup of Jo!
Posted by Lucy and Lloyd at 12:31 PM No comments: 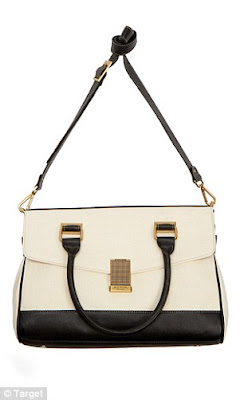 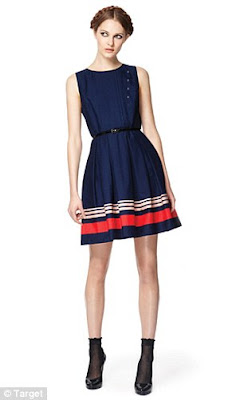 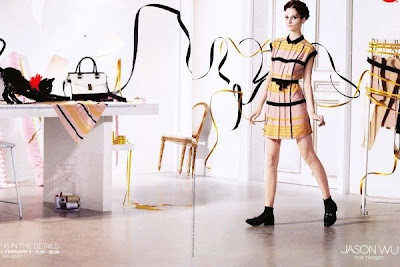 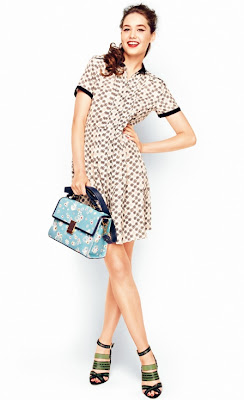 Target's latest designer collection is set to hit stores on February 5th, and I plan on being one of the first in line.
Jason Wu, designer of Michelle Obama's Inaugural dress, will be the next big name hitting the shelves at the discount superstore. Missoni, Target's last designer collection offering, sold out in stores and online at a ridiculous rate of speed, sending shoppers into a frenzy and crashing the retailer's site.
Not a whole lot of pictures have been released, but some designs are beginning to pop up around the 'net.
And so far, I'm loving what I see.
You can also check out a frustratingly vague YouTube video of Wu describing his collection here.
(Images courtesy of T Magazine and Glamour)
UPDATE (Jan. 10): The entire Jason Wu for Target lookbook has just been released!
Posted by Lucy and Lloyd at 8:50 AM 2 comments:

I just got a very sweet message from a fellow blogger, who also happens to be my sister-in-law Megan. She runs the fabulous blog The Remodeled Life and she has kindly nominated me for The Liebster Award, an award which aims to showcase and encourage small blog sites.
How cool is that?!
Part of being nominated is to also nominate five other small blogs that you feel are deserving of the honor. So here are my five, in no particular order. Check out these sites if you have a moment and help to encourage other bloggers!
1. Painter's Canvas
2. Nate in Nashville
3. Journal of an Exhausted Mom in Love
4. One Seventeen South
5. Curiosities of Change
And definitely pop on over to Megan's blog and say hello. You'll find some cool home remodeling tips and photos, inspiring Bible verses, and photos of my adorable nephew!
Thanks Megan!
Posted by Lucy and Lloyd at 10:43 AM 1 comment: 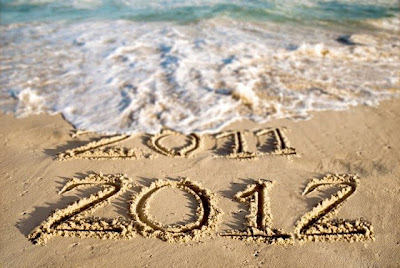 So Nate and I have a running joke that despite being adventurous, fun-loving people, we have yet to pull off an exciting New Year's Eve.
Our first year together, we had only been married for about three months, and had just experienced a very busy year, with lots of travel, lots of parties and get-togethers and lots of spontaneous adventures. We decided to just stay home, which was a first in our adult lives for both of us.
The second year, we had just had a baby and were exhausted. We didn't even make it until midnight.
And last night, well, we had good intentions at least.
Many months ago, we started joking that this NYE would be the best ever. We were going to get a sitter and go out and party like people without kids. We were going to visit with my awesome aunt who was here from New York City, then head to dinner, where we had reservations with a group of friends, then a party at a home overlooking the city lights.
Well, naturally, Maddux had other plans.
He started throwing up at Whole Foods, while a group of us were sitting and chatting over coffee. Then again on the car ride home. And once more when I put him in the bathtub. Seven times in five hours. Needless to say, he was pitiful. But in between each episode, he would run around and play. He acted like he wasn't sick at all, which led us to believe we actually might still be able to go out that night. Maybe he had just eaten something that didn't sit too well in his tummy. My parents were going to watch him. My dad is a medical professional, my mom raised eight kids. He'd be in good hands.
But I was really conflicted. Would I be a bad mom if I went out and left my sick kid? I mean, who does that? We didn't want to let our friends down, but obviously most importantly, we didn't want to let our son down. Should we stay or should we go? The answer to that question came when, after I was dressed in my pretty party dress, with make-up on and hair done, I bent down to pick Maddux up. He ran into my arms and threw up all over me. I mean in my hair and down the front of my dress. Looking back, I can't believe we even considered leaving him.
Thank God Maddux stopped throwing up about 8 pm. He got super sleepy, so we put him to bed. We even managed to watch a movie and kiss as the clock struck twelve.
We spent our night sleeping on a blow up mattress by our son's crib. We wanted to hear him if he started to choke while throwing up. A rookie parenting thing, I'm sure. But I got to bring in the New Year with my two favorite boys, even if we didn't quite have the big night that we expected.
Oh well. I suppose there is always next year.
Posted by Lucy and Lloyd at 4:39 PM 3 comments:

Lucy and Lloyd
I am a former women's boutique owner, current singer/ songwriter, always a travel and fashion enthusiast and most importantly of all, a wife and new mom.